Start a Wiki
watch 01:38
The Handmaid's Tale Season 2 Trailer
Do you like this video?

For the novel of the same name, see The Handmaid's Tale (Novel).

Facing environmental disasters and a plunging birthrate, Gilead is ruled by a twisted fundamentalism in its militarized ‘return to traditional values'. As one of the few remaining fertile women, June (Elisabeth Moss) is a Handmaid in Commander Fred’s household, one of the caste of women forced into sexual servitude as a last desperate attempt to repopulate the world. In this terrifying society, Offred must navigate between Commanders, their cruel Wives, domestic Marthas, and her fellow Handmaids – where anyone could be a spy for Gilead – all with one goal: to survive and find the daughter that was taken from her.

Differences from the Novel & FilmEdit

One of the major details that the TV series changed from the start is to drop all of book-Gilead's racial ideology, discriminating against non-whites. In the books, black women are not used as Handmaids but at best used as Martha servants, often sent to the Colonies to be worked to death. In the TV Show, Moira herself is black and a Handmaid. The TV producers have discussed their reasoning behind this change in several interviews - largely it was to focus on the misogyny of Gilead and because, logically, they believed that Gilead's rampant infertility would require them to not discriminate between the ethnicity of fertile women - they need all the child-bearing women they can to maintain the population and fulfill their goals.[1] Nevertheless, most members of the ruling class of Gilead, Commanders and Wives, have been depicted as caucasians so far.

In the series, Commander Waterford states in a flashback that there were three coordinated attacks against the US government when Gilead took over, sequentially: "Congress first, then the White House, then the [Supreme] Court". In the novel, there was one large attack against a joint session of both Houses of Congress being addressed by the President at the time.[2]

In terms of Gilead's hierarchy, the TV series does not include the rank of Angel, instead having Guardians fill the role they had in the novel (i.e. frontline soldiers).

There are an abundance of differences between the film and the TV series. They include:

A straight-to-series order by Hulu of The Handmaid's Tale was announced in April 2016, with Elisabeth Moss set to star. Based on the 1985 novel of the same name by Margaret Atwood, the series was created by Bruce Miller, who is also an executive producer with Daniel Wilson, Fran Sears, and Warren Littlefield. Atwood served as consulting producer, and had a small cameo role. Moss is also a producer. In June 2016, Reed Morano was announced as director of the series. Samira Wiley, Max Minghella, and Ann Dowd joined the cast in July 2016. Joseph Fiennes, Madeline Brewer and Yvonne Strahovski were cast in August 2016, followed by O.T. Fagbenle and Amanda Brugel in September 2016. In October 2016, Ever Carradine joined the cast, and Alexis Bledel was added in January 2017.

The Handmaid's Tale has received acclaim from television critics. On Metacritic, after the first season, it had a score of 92 out of 100 based on 39 reviews, indicating "universal acclaim". The first season had a 100% approval rating on Rotten Tomatoes with an average score of 9.1 out of 10 based on 67 reviews. The site's critical consensus is, "Haunting and vivid, The Handmaid's Tale is an endlessly engrossing adaptation of Margaret Atwood's dystopian novel that's anchored by a terrific central performance from Elisabeth Moss."

Daniel Fienberg of The Hollywood Reporter called it "probably the spring's best new show and certainly its most important." Jen Chaney of Vulture gave it a highly positive review, and wrote that it is "A faithful adaptation of the book that also brings new layers to Atwood's totalitarian, sexist world of forced surrogate motherhood" and that "this series is meticulously paced, brutal, visually stunning, and so suspenseful from moment to moment that only at the end of each hour will you feel fully at liberty to exhale." 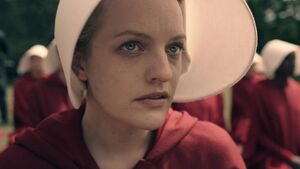 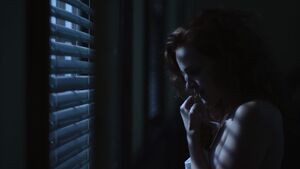 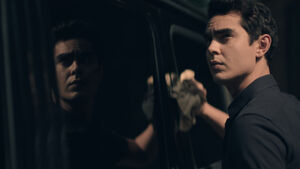 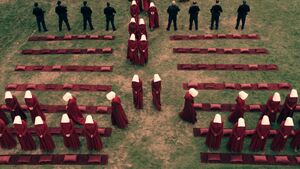 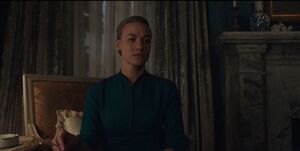 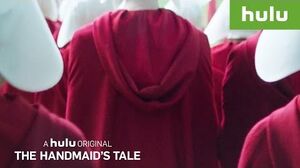 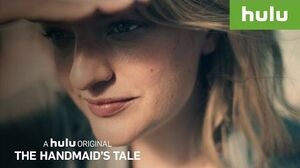 My Name is Offred (Official) • The Handmaid's Tale on Hulu 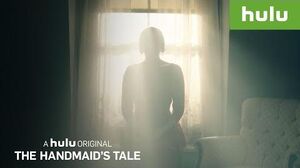 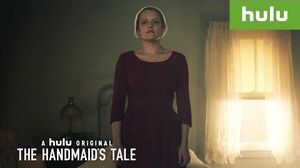 Her Story is Our Story (Official) • The Handmaid's Tale on Hulu

Retrieved from "https://the-handmaids-tale.fandom.com/wiki/The_Handmaid%27s_Tale_(TV_series)?oldid=14478"
Community content is available under CC-BY-SA unless otherwise noted.