The screenplay was written by Harold Pinter. The original music score was composed by Ryuichi Sakamoto. MGM Home Entertainment released an Avant-Garde Cinema DVD of the film in 2001. The film was entered into the 40th Berlin International Film Festival.

In the near future, war rages across the fictional Republic of Gilead and pollution has rendered 99% of the population sterile. Kate is a woman who attempts to emigrate to Canada with her husband and daughter. As they take a dirt road, the Gilead Border Guard order them to turn back or they will open fire. Kate's husband uses an automatic rifle to draw the fire, telling Kate to run, but he gets shot. Kate gets captured, whilst their daughter wanders off into the backcountry, confused and unaccompanied. The authorities take Kate to a training facility with several other women, where she and her companions receive training to become Handmaids - concubines for one of the privileged but barren couples who run the country's religious fundamentalist regime. Although she resists being indoctrinated into the cult of the Handmaids, which mixes Old-Testament orthodoxy with 12-step gospel scripted group chanting and ritualized violence, Kate is soon assigned to the home of "the Commander" (Fred) and of his cold, inflexible wife, Serena Joy. There she is named "Offred" - "of Fred".

Her role as the Commander's latest concubine is emotion-free, as she lies between Serena Joy's legs while being penetrated by the Commander in the collective hope that she will bear them a child. Kate continually longs for her earlier life, and is haunted by nightmares of her husband's death and of her daughter's disappearance. A doctor tells her that many of Gilead's male leaders are as sterile as their wives. Serena Joy desperately wants a baby, so she convinces Kate to risk the punishment for fornication — death by hanging — in order to be fertilized by another man who may make her pregnant, and consequently, spare her life. In exchange for Kate agreeing to this, Serena Joy provides information to Kate that her daughter is alive, and shows as proof a recent photograph of her living in the household of another Commander. However, Kate is told she can never see her daughter. The Commander also tries to get closer to Kate, believing that if she enjoyed herself more she would become a better handmaid. The Commander gets Kate hard-to-obtain items, and, knowing her background as a librarian, allows her access to his private library. However, during a night out, the Commander has sex with Kate in a manner that is probably not intended for pregnancy. The other man selected by Serena Joy turns out to be Nick, the Commander's sympathetic chauffeur. Kate grows attached to Nick and eventually becomes pregnant with his child.

Kate ultimately kills the Commander, and a police unit then arrives to take her away. She thinks that the policemen are members of the Eyes, the government's secret police. However, it turns out that they are soldiers from the resistance movement, Mayday, which Nick, too, is a part of. Kate then flees with them, parting from Nick in an emotional scene.

In the closing scene, Kate is once again free and wearing non-uniform clothes, but facing an uncertain future. She is living by herself, pregnant in a trailer whilst receiving intelligence reports from the rebels. She wonders if she will be reunited with Nick, but expresses hope that will happen, and resolves with the rebels' help she will find her daughter.

The film differs from the book and the series in many ways. Some of the most significant differences include:

Overall, the film was not well received at the time. Rotten Tomatoes reports that only 5/16 critics gave the film a positive review; the average rating was 4.8/10.

Roger Ebert gave the film 2/4 stars and wrote that he was "not sure exactly what the movie is saying" and that by "the end of the movie we are conscious of large themes and deep thoughts, and of good intentions drifting out of focus."

Owen Gleiberman,for Entertainment Weekly, gave the film a "C-" grade. He commented that "visually, it's quite striking", but that it is "paranoid poppycock — just like the book". 1

Roger Ebert declared, “Fo­­­­r all of its anger, The Handmaid's Tale is curiously muted.”

Peter Travers, of Rolling Stone, also gave it a horrible review. He said, “This Handmaid's Tale is merely a piss-poor rehash of The Stepford Wives with delusions of grandeur.” Empire magazine was just as harsh, saying, “Comes across as a TV movie and overall, a disappointment – a high calibre cast and concept completely squandered.” 2 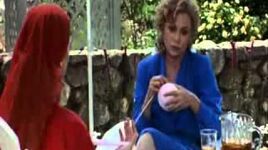 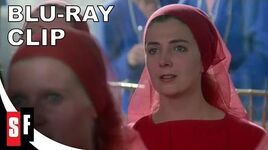 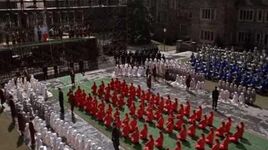 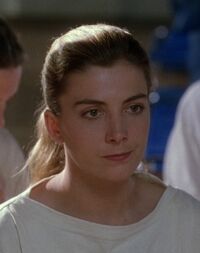 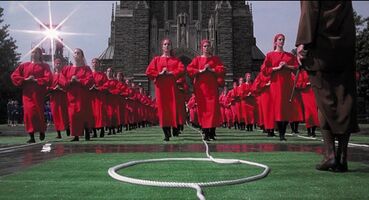 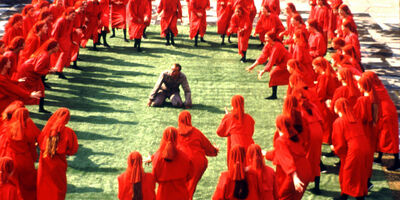 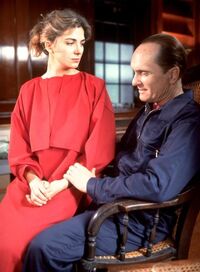 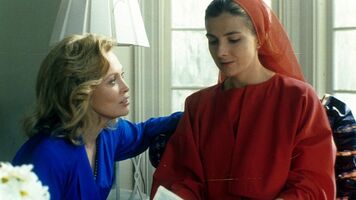 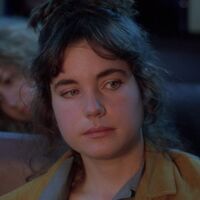 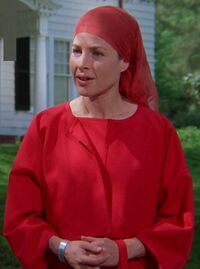 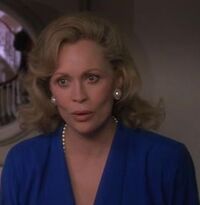 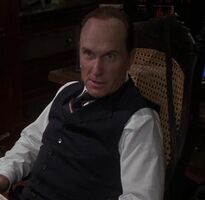 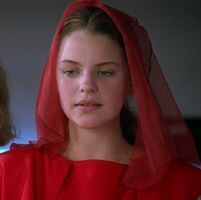 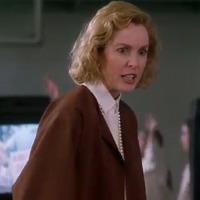 Add a photo to this gallery
Retrieved from "https://the-handmaids-tale.fandom.com/wiki/The_Handmaid%27s_Tale_(Film)?oldid=18083"
Community content is available under CC-BY-SA unless otherwise noted.