In the Hulu Series Edit

In the Novels Edit

In the Hulu Series Edit

Canada at present maintains an uneasy peace with the Republic of Gilead, but does not officially recognise it as a legitimate nation or a "sovereign state" (as Commander Waterford puts it). Canada is shown to still have close ties to what remains of the United States government (now based in Anchorage Alaska), owing to the presence of a U.S. Consulate in Toronto and a U.S. embassy (presumably in Canada's capitol of Ottawa).

In the novels, Canada has normalized but tense diplomatic relations with the Republic of Gilead. Unlike the Hulu adaptation, in the novel's universe Canada (and likely most of the world) has recognized the Republic of Gilead as a sovereign nation. A Gilead embassy and consulate both operate in Toronto. Missionaries from Gilead--the Pearl Girls--are even allowed to prosthelytize on Canadian streets and take converts across the border to Gilead--from which no one has ever returned. 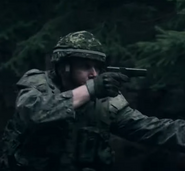 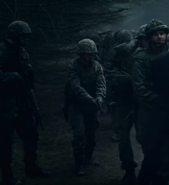 Retrieved from "https://the-handmaids-tale.fandom.com/wiki/Canada?oldid=18908"
Community content is available under CC-BY-SA unless otherwise noted.